So round we go again… week 1 of a new season, Season 6 of the drop in singles league. New bowler this week Spencer Edwards, son of the leg-end Cass Edwards. Championship – Gary Waghorn continuing his good form from last season into this one shooting a 235 in game 3 to take the high game pot. Spencer was in there like swim wear and made an impressive debut shooting an 817 set, not bad for someone who hasn’t bowl competitively since YBC days. But Spencer was denied a pot on his first week by the impressive Waghorn who shot a 821 set. Ray lay and Sal Spence both shot decent sets as well. Should be a competitive championship league this year and hopefully a few bowlers earning promotions into the premier league. Premiership – Matt Trotter going for the three-peat. Having won the last 2 leagues, Matt cruised to a 974 set, and even managed to sandbag in the last game, he doesn’t want his average getting too high, just keep it in the 240’s this season. Matt won both pots with a 266 in game 2. Big Mac Macpherson shot a decent 856 and Jordan the Hit Man Hart had a consistent block for a 852. Anyone can join the league at any point in the season, and bowl as little or as often as they like – every Monday at 7.30 for a 8pm start. July 24th is the 3rd King of the Hill tournament at Dunstable – we still have 10 spaces remaining and you can enter the tournament here https://form.jotform.com/221664323403346 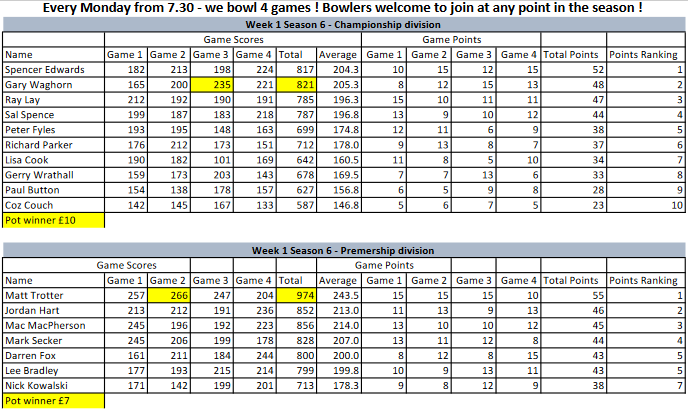 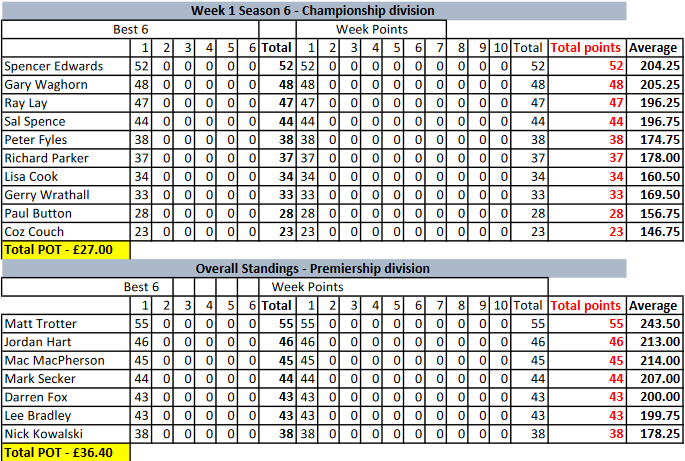